Tim and Amy started Mango Medical, a primary care office in Waimea, Hawaii in 2011.  They shared their passion for the needs of patients in Swaziland and other parts of Africa and several generous patients came forward and asked how they could support the work there.  Thus the birth of the Mango Foundation in 2012 and the full recognition as a 501(3)c nonprofit in 2014.  Since the time of the foundation's inception, Tim and Amy have been actively involved in the promotion of health and equality.

The organization has grown to include several wonderfully committed members to the same cause. Mango Foundation continues to be completely volunteer driven, with no overhead costs, we ensure that  all proceeds to the foundation go directly to helping others along their path of life. We believe that health is due to the interaction of many elements. So we remain adaptable to the different ways that we can help. 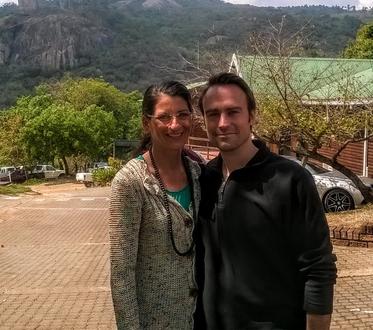 Dr. Timothy and Amy Duerler officially started the Mango Foundation in 2012 but the seeds were planted much earlier.  In 1998, before Dr. Duerler was even a doctor he embarked on a life changing trip to Swaziland and Mozambique.  There he saw patients dying from AIDs, tuberculosis, malnutrition and several other diseases that are easily prevented or treated in the United States.  It colored his perception of medicine and charted his career path in the years to come.  Again, in 2011 Dr. Duerler found himself at a crossroads in his career paths, either returning to Hawaii or accepting a position as the HIV medical director at a new clinic in Manzini, Swaziland.  He chose the former but committed to continue support for the work being done in Africa.